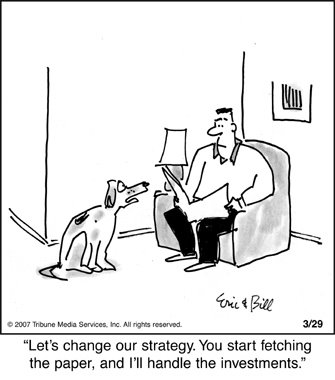 Most partnerships haven’t defined their strategy for third and fourth seat openings. Sort yourselves out with this quiz on third seat openings, nil vulnerable:

You have one chance to tell partner what to lead, so jump in there and open 1

. But then pass whatever partner bids, you have achieved your objective, so don’t try for any more. Keep partner informed of what is going on. If you open with weaker hands than this you are entering the realm of psychic openings, a whole new ball game.

. Only 11 HCP but quite a decent hand, and one you feel will ably compete for the partscore. Note you are opening this hand, not for the lead, but because you believe you can win the auction and make your contract. You are opening the bidding in an attempt to get what is yours.

3) Pass. This hand is neither worth opening in third seat for the lead, or to compete for the partscore. It’s pretty obvious that diamonds may or may not be a good lead, but you have a scatty 11 HCP, with little playing strength. Your hand is much better on defence than offense.

Something people who routinely open this sort of hand in third seat miss is that the player in fourth seat may have a tough decision whether to open or not. Many players wrongly believe that in fourth seat you need a very good hand to open, or that you should add your points and your spades together before opening.

Many times when you open this hand the player in fourth seat would have passed if you had passed, and zero would have been a good score for your side. If you open poor hands like this in third seat you are habitually backing a loser. Pass can be such a good call.

4) Pass. For some this hand is the third reason to open light in third seat – to confuse the opponents.

Tony Nunn thought it worth a run in the recent Australian Teams Playoffs, and opened 1

in third seat. He found his partner with

opening has destructive merit, but will often create problems when the third-seat opener has a real opening bid. Not my cup of tea, but I may have opened 1

when I was Tony’s age.

. After three passes the waters are very placid. No one has a hand worth opening, so you expect your side to have the balance of power when you hold a 12-count. The player who held this hand in the fi nal of the recent Vanderbilt KO Teams, one of the three major US events, decided to protect his team’s lead by passing. His partner held

. A popular method for evaluating hands in fourth seat is the “Pearson Count”. You add your spades to your number of points, and open if your hand adds to fi fteen. This is a silly method, because you it means you would throw in hands like

43. You should open any hand that is “sound”. If worse comes to worst and partner has only 7 or 8 HCP, then you will lose on the hand. But the odds are that you will win in the long run, and the worst that can happen is that you go minus 50 or 100. If you open and go minus remember that you are “going with odds”, so sometimes you lose.

. Only 12 Points in the Pearson Count, but a sound hand. And if you would open this hand in first or second seat, then you should certainly open it in fourth seat. In a BBO match the player in fourth seat would have passed this hand, except third seat opened “light”. Now it was easy to enter the auction, and when partner had a nice fitting hand,

. In fourth seat the odds are in your favour, with none of the other three players able to rake up an opening bid. Most likely you have the best hand at the table.

Ask Jerry: Surely there is more about redouble…