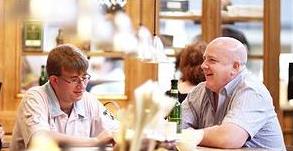 Some month ago we posted this article today we show you the first work-in-progress trailer of the movie!

A (not-yet-titled) documentary about the game of Bridge.  Source: The Bridge Documentary

This is a film that will document the fabulous rise of bridge, its recent fall in popularity, the contemporary efforts to boost its appeal on a grand scale, and the shoots emerging in small and out-of-the-way places. We will take an unflinching look at the current state of the game, its practitioners young and old, and try to predict its future. Exclusively crafted from interviews and live on-scene footage, the film will follow the story of bridge from its origins to what may well prove to be a new and unexpected beginning.

We’ve started filming!  Here are some early stills from the production…

They are looking for:

Please contact us – to put you in our movie!!INTERES