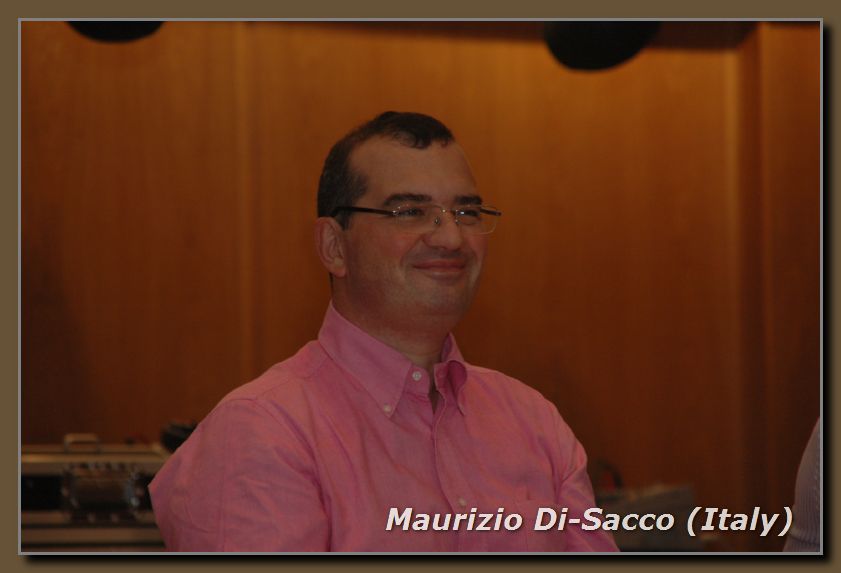 The 2013 World Mind Games are being held in Beijing from 11th – 18th December. Four Open and Four Women’s Teams will represent Bridge at this excellent tournament. The schedule of play can be downloaded here

The Sportaccord Mind Games ended in Beijing. The last bridge event was the individual competition, and with it fell the curtain of the third SportAccord Mind Sports Games since the bridge was the last discipline to award medals.

Cesary Balicki from Poland, won the Open, second was Thor Helness and third Haojun Shi. Little glory for Fantoni and Nunes, thirteen, and seventeen, respectively, who dominated in pairs and teams. The individual, for that matter, is much like a lottery: it is true that to win you have to play well, but it is also necessary that the two adversaries (and this is true even in pairs), and your partner collaborate. These are the top ten:

In the Ladies category, this afternoon the «The Star-Spangled Banner» is going to be heard as the U.S. Cheri Bjerkan was the one who won the Individual. Cheri Bjerkan is known on the international scene as she is among the winners of prestigious events. Second was the formidable Wenfei Wang, Bridge ambassador with Fulvio Fantoni, and the third also from China, Zhang Yu.

See you next year, the last of the four to be held under contract in China. Sport Accord has already announced that the show will continue, although it is not known whether it will be in China or some Arab States, or in any of the former Soviet republics or India … which are those that are among the candidates. These are the top ten:

After winning the tournament event (and the Reisinger just some days before), the number one and two in the world ranking, Fulvio Fantoni and Claudio Nunes have won the title in the Pairs. The two representatives of Monaco dominated the first day, ending with a comfortable lead over their opps, but almost throw it all away in the third quarter, when they scored a measly 42% and fell to the second place. In the fourth and final session, however, they returned to their usual numbers… Fantunes classic… to win the gold. The silver went to China Haojun – Dai, and the Bronze for the partnership from Poland Buras – Narkiewicz.

In Ladies, the American leadership was broke, Feng Xuefeng and Zhang Yu from China wins the Gold. The Silver went to Dhondy-Senior, and Bronze to Dana and Noga Tal, Israel .

It is very rare in a high level event, to see what happened yesterday in the Open final. A match tied for 31 boards –

Monaco was leading by 7 IMPs the match, but as Poland had begun with a 16 IMPs carryover was 9 IMPs ahead, when an avalanche of IMPs came to Monaco: 80 to 5, in the sixteen next boards . Thus, Monaco won the teams tournament , and is the successor of the Netherlands, who won the same tournament in the previous two editions. In summary , we can say that the players of

Poland had very bad luck, in a long nightmare they stopped when they would have continue, and vice versa, although always in a reasonable context, but also always against the whims of fate. Yesterday fortune eyes were on the flag of the principality. A few cards in a different position, as the two flags of the two countries, the same color and shape, but in opposite positions, and the result would have been exactly the opposite.

While the Open final was already decided with many hands to play, the Ladies competition was defined at the last minute after a thrilling of alternating results that kept the audience in suspense. China started the third and last stage with -0.5 at the halfway, regained the leadership but they lost it a little later until the last board. With a board to play, the English players were up 8.5 IMP. In that last hand, the leader team was down in a 3NT contract when China lead the only suit that defeated it: heart, while their companions played 1NT doubled, four down, paying 1100, which gave China not only a total of 15 IMP but also the title.

Meanwhile in the Open, the bronze medal was for China, which was able to stop on the last hand an incredible comeback of the U.S. team, again thanks to the same heart lead against a 3NT contract. The Americans had started 59 IMPs down with  sixteen boards left. If they could make those 3NT, they would have won 6 IMPs instead of losing them, and would have won the match for 4 IMPs.

Finally, a little suspense for the Ladies Bronze: the American players easily beat Israel, although they were capable of a comeback in the third period, after a bad start.

In a Beijing where winter is coming closer day by day – yesterday the temperature dropped below zero, despite a deceptive crystal blue sky –the qualification phase of the Teams competition came to an end.

In the Open, the two teams qualified for the final are exactly as widely predicted: Monaco and Poland. Both had already dispatched the opponents in the first day, and in the end had few problems even in the second day. However, in the their head to head match, the subjects of the Principality won comfortably, although they did keep some suspense till the end  and, moreover, start today’s final with a favourable carry-over of 16 IMP (the maximum allowed). However,  for China to qualify an earthquake was needed in the last match, since the hosts were almost 18 VP behind.  China has the same carry-over advantage over USA in the battle for bronze.

On the other hand in the Women’s Teams there was uncertainty until the end, but again it ended as predicted. With Israel cut off early, the three others were constantly battling, alternating in the three different standings. At the end, England prevailed, a team that came with two “senators” (Heather Dhondy-Nevena Senior), two young but highly experienced players (the European and Olympic champions Fiona Brown and Susan Stockdale), and two Juniors: Sarah O’Connor and Sinéad Bird. Second came China, over whom the English have a carry-over of 8.5 IMP. USA and Israel will battle for bronze, the Americans being 12.5 ahead before any card has been played.