Improving Your Game by B. Rigal 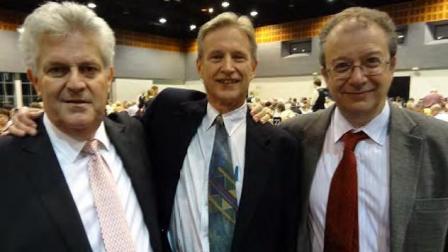 When North opens his longest suit, South has no reason to do anything except respond in his most economical suit, spades; now North has a tailor-made hand for a jump to 3

at his second bid, showing extras and four trumps. In turn, South has enough to drive to slam confidently. Whether he is playing Blackwood or Roman Key Card Blackwood, the response to 4NT is the same, and South jumps to the slam with some confidence.

Against small slams it is generally right to be aggressive rather than passive, and there is no reason for West not to lead his best suit, hoping to build a club trick and perhaps to help to ensure a trump winner for himself. In turn, East wins the first trick and returns a club. His thought process is that since nothing else seems profitable, he should try to weaken dummy’s trumps, and thus perhaps to protect his partner’s potentially vulnerable trump holding.

K (if he ruffs the club in dummy he falls into the defence’s trap), and has only to draw trump successfully to have twelve easy tricks. He starts by leading the

K to retain flexibility in the trump suit. When the

10 appears from East, that player is the one who will be short in spades if anyone is, so it is obvious to follow up with the

Q and then to finesse against West in spades to make the contract. Once all the trumps are drawn, the North hand is high.