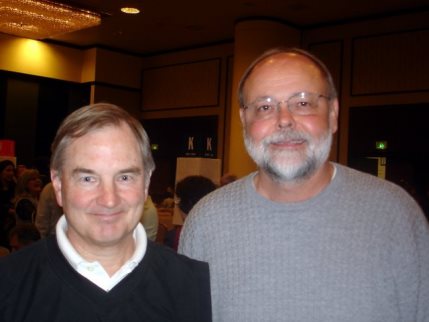 The first clue was the frown on partner’s face after I tabled dummy. Ten tricks later, partner questioned my timid pass, and I questioned why he jumped to 3

Hi, Confused, With his initial frown, your partner was apparently playing standard partner approval/disapproval signals. I compare my opponents who are defending to piranha. When they are alerted via a head shake, frown or eye roll to a potential problem, they essentially smell blood and defend more keenly. I never want to let the opponents know that anything has gone awry in the bidding. If they choose to nap, I don’t want to wake them up!

The premise involved in your problem is this: There can never be preemptive actions by members of opposing sides during the same auction. When the opponents preempt, suggesting weakness, we are more likely to hold strength and need ways to express it. When they are strong, we tend to hold weaker, preemptive-type hands, and it is to our advantage to consume their space and make their exchange of information more difficult.

The standard practice is to play jump overcalls after preemptive openings as showing strong, single-suited hands. I would expect your partner to hold six or more strong spades and at least a good 16-18 points. With a pair of aces, you probably have what he needs to make game … as apparently you did. Suppose your hand is:

and the auction proceeds:

should show a hand expecting to take eight and a half to nine tricks with spades as trump. I think you should control-bid 5

. You’re bypassing clubs – denying a control there, but expressing possible interest in slam.

K, which meshes with your

A, slam is on. The concept of doubling and then introducing your own suit as a strength-showing vehicle works well over opening one-bids, but often not so well over a preempt. When partner doubles a preempt and converts your advance to his own suit, he shows a strong hand.

, I would double and correct almost any advance to spades. Over partner’s 2

would be encouraging, but not forcing. I would raise partner’s 4

, looking for slam if partner has second-round control of diamonds.

Playing lebensohl, I would break the relay to 3

to show a strong hand. In my partnerships, this also suggests playability in other strains.

opening. Note that doubling and then introducing your own suit shows a strong hand, and typically some tolerance for the other two suits as well. It generally indicates playability in the unbid suits, with a preference for one, as opposed to the jump, which sets trump, leaving only the level to be determined.