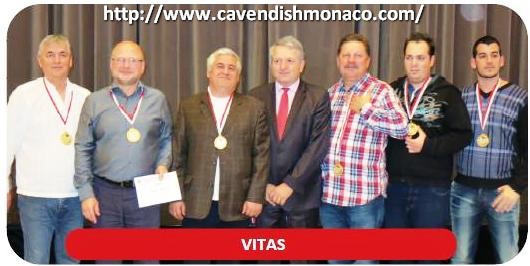 As every year in October Monaco hosts the Monaco Teams Patton. This year 58 teams begun to play on Friday 18th.

Saturday October 19th 2013:  Was played the Intermediate Phase, Formula Swiss, 4 rounds of 8 boards : teams keep all VP won during the Phase of Qualification. 8 teams qualified for the Finals, on Sunday (7 from A & 1 from B, or 6 from A & 2 from B). The other teams played the Classification Groups, on Sunday.