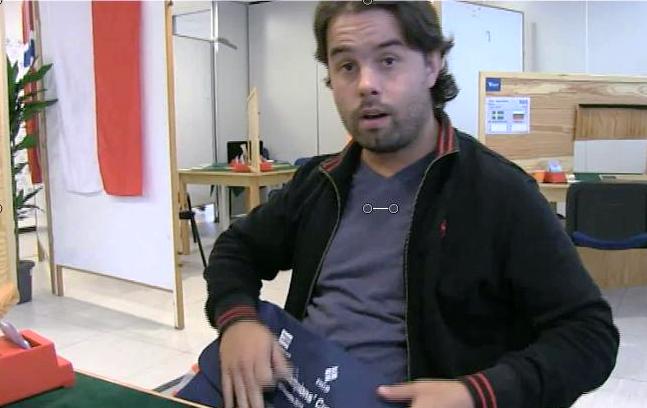 In bridge, as in all sports and as in life … deceptive movements are often the best defense.

There is a project, developed by psychology professor Cathy Craig, where she uses her own virtual rugby stadium to understand how expert players deal with deceptive movement on the field of play. Craig explains:

«In both the natural and the sporting world, the movement of the body is used to deceive. Whether it’s a lion chasing a zebra or a defender trying to catch an attacker on a rugby pitch, deceptive movement helps to gain a competitive advantage and beat an opponent. As a result of the project she adds, «It’s fair to say that the top players are less easy to fool. The less experienced players are more likely to be taken in by deceptive movement but the professionals focus on what we call honest signals».

In the last 16 boards, Allegra managed to add 52 IMps, winning the match by 13 IMPs, and retained the title for fourth time in a row

This are Board 25 Jos Jacobs’s comments: Nothing exciting here, ten easy tricks. Allegra +630 on what very much looked like another flat board.

In the Open Room, Madala launched a semi-psychic transfer bid which turned out to be very annoying for the opponents:

1NT was 10-12 and 2NT showed any minor. Take it from there, with the EWcards. Consistent doubling is best but how can you know, even though it is obvious they are trying to fool you?

should be makeable but at the table, finding that line is asking really too much. One down, Allegra +100 and 12 IMPs to suddenly lead by 13.

Agustin, added 12 points to his 3 and realized that E/W had a NT game, and used the favorable vulnerability to deceive his opponents … Agustin’s deceptive movement helped to gain a competitive advantage and to beat his opponents.